When it comes to battery scheme,  the Samsung Galaxy Note 5 is akin with the Galaxy S6 variants, which has non-removable battery. That being said, users are advised not to remove the battery from the device as doing so may damage the battery and the device itself. Removing the battery on these devices could also inflict burning and injury. All these leave many users with only one option to force restart when the device is locked up or the screen is unresponsive. 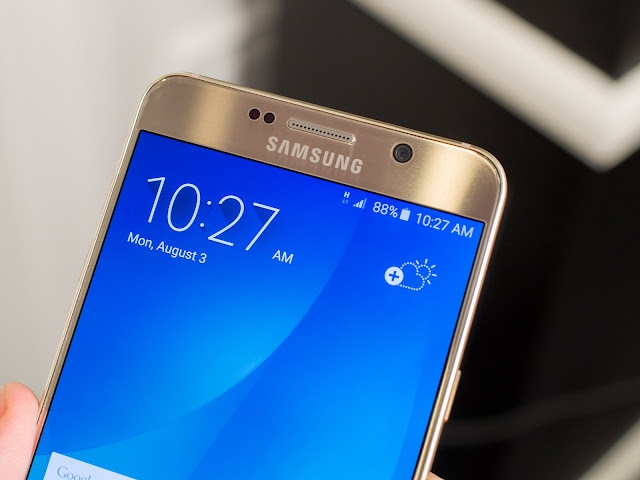 A force restart is a widely used workaround to fix many device issues like when it becomes frozen or not responding. Doing so will turn your device off and then back on. It's a safe process as it won't affect any data stored on your device.

To force restart your Galaxy Note 5 and other Samsung smartphones with non-removable batteries, just press and hold the Volume down and Power/Lock keys simultaneously for about 10 to 20 seconds. A simulated battery disconnect is carried out during the process.

Important Notes:
Your phone must be charged to a minimum of 5 percent because your device may not power on after the restart if the battery is below that percentage level. In case, your device is completely drained, you need to charge it for a minimum of 15 minutes preferably through the wall charger supplied with it.