By jesica di Juli 06, 2016
Wednesday Whimsies - with the rapid development of today's technology we must enrich our knowledge of gadgets, because every day there are many new gadgets that are made with advantages, in blogs Stephanie News we will meriview many gadgets from various brands ranging from the specification and its price .. Now we will discuss first about Wednesday Whimsies please see our explanation to finish: 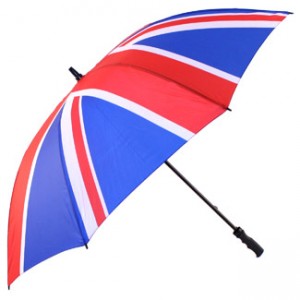 British IP Day. The Alliance for Intellectual Property launched a new "British IP Day" yesterday in order to celebrate the contribution made by IP to the country. Participants were encouraged to meet with their MP to highlight the importance of innovation and creativity, politically. The Alliance is also launching the 'IP Champion' award to acknowledge excellence in the promotion or protection of IP, for which nominations are open now.

“It’s vital that MPs from across the political spectrum understand the importance of intellectual property and how it drives economic growth and jobs in every constituency across the country".

UK and China to extend Patent Prosecution Highway pilot. The pilot programme was due to expire on Thursday 20 June, but has been extended indefinitely in order to continue enjoying "expeditious, inexpensive and high-quality examination" for applicants [although Merpel notes that the PPH of itself does not achieve the last two of these three - it simply accelerates the beginning of the examination procedure in one country when the corresponding application has been allowed in another - why do press releases always have to be so misleading?] as well as the benefits of avoiding duplicative work and reducing the examination workload - the current documentary requirements will continue to apply. The press release for this news is here.

Anti-Counterfeiting Group manifesto. The UK government estimates a lost £1.3 billion in unpaid tax from counterfeiting and the ACG represents 3,000 brands affected by counterfeiting, calling for an effective and sustained response to IP crime in their new manifesto, launched this week. To see the manifesto in full, see here.


Generating unclonable patterns to fight counterfeiting. In other anti-counterfeiting news, researchers from the Universities of Luxembourg, Ljubljana and Vienna have developed a new method to produce unique reflecting patterns that can be applied on valuable objects, using Physical Unclonable Functions (PUFs). These patterns can’t be cloned or copied, and so could be used to identify products unambiguously in order to avoid counterfeiting. You can find out more about PUFs here.
Japan Patent Office commences IP insurance for SMEs. The scheme is intended to act as a safety net for SMEs against the high costs of litigation, lowering the current level of risk involved in IP disputes. Japanese SMEs in international disputes will only pay have the cost of litigation if they belong to the Japanese Centre of Commerce and Industry or a similar level organisation. For more details on the scheme, see the press release here. Thank you to Hitesh Sharma for bringing the news to IPKat's attention!

First ever Post Grant Review by USPTO invalidates livestock valuation patents. Post Grant Review (PGR) became effective in 2012, and enables a general review of patentability itself, whereas it was previously available within novelty and non-obvious subject matter. The decision was that the patents, which contained methods of valuation of cattle, were not patent-eligible under the Alice test and were an abstract idea. This idea of valuation of animals' based on genetic and physical traits did not contain limitations which were significantly above the abstract idea itself. For more details on this decision, see here.

Second Medical Use Patents webinar. On 14 July at 4pm BST, Rt Hon Professor Sir Robin Jacob and Dr Dressel will be discussing second and further medical use patents against the wider backdrop of incentives to invest in innovation. To join the webinar, you can register here.

Emeritus Professor of Intellectual Property & Information Technology Law David Vaver has appointed as a member of the Order of Canada. A huge Katpat and congratulations to David Vaver for this achievement and recognition for "leadership in intellectual property law as a scholar and mentor" in the Canada Day Honours, published on 30 June.


Bombay High Court cites a blog in its judgment. Congratulations to the Spicy IP blog for being cited in a recent judgment by Justice Patel.  In departing from previous practice regarding John Doe orders which had been criticised, the judgment stated "Criticism should always be welcome; studied and measured criticism set out with rancour or invective, even more so. This, after all, is the discourse of law, and I see no reason why orders and judgments should stand outside this discourse. The source of the criticism is surely immaterial, and the fact that the criticism is on a website or portal is not itself reason to view it with either suspicion or disdain."  You can read more details here.

we feel the information Wednesday Whimsies that's all.

hopefully the information Wednesday Whimsies that we have conveyed can provide benefits for you and all visitors of this blog, if any criticism and suggestions please comment.
you just read Wednesday Whimsies if this article is considered useful and you want to bookmark and share it please use the link https://stephaniefulke.blogspot.com/2016/07/wednesday-whimsies.html and what if you want other information look for another page in this blog.