Home » Unlabelled » Hydlide: Why I Hate It

Hydlide: Why I Hate It

By untu di November 20, 2014
Hydlide: Why I Hate It - with the rapid development of today's technology we must enrich our knowledge of gadgets, because every day there are many new gadgets that are made with advantages, in blogs Stephanie News we will meriview many gadgets from various brands ranging from the specification and its price .. Now we will discuss first about Hydlide: Why I Hate It please see our explanation to finish:

Hydlide: Why I Hate It

This is going to be a LONG post!
---
Hydlide MSX Cover: 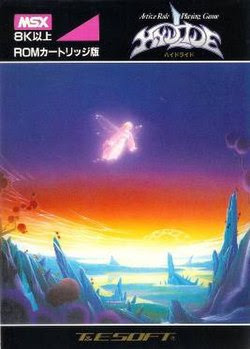 To get you started, lets see the hero's name. It might be something awesome, right? RIGHT?
No. His name is Jim. Now, Link isn't a good name either, but it is a creative name because,
he is the LINK between worlds, and time... Get it, no? Ok.
But anyway, the story goes something like this (SPOILERS);
A dragon shoots a fire thing at the princess, and she changes into three fairies.
All of that was on the title screen. As soon as you press start, that's what you see.
Then, your thrown here:

No instructions or anything.

: When not held down, you attack weakly, but are defending against enemies.
When it is held down, you take more damage from enemies but you are
stronger against them.

: Press and hold to cycle through your spells.

: Cast a spell, once one is selected.

: Open up the options.
In the menu, once you make a set amount of selections, it closes automatically.

ITEM: See your items.
SAVE: Saves your game, but gives you a hidden password.
LOAD: Load the last save (Doesn't work if you reset your console).
PASSWORD: See the hidden password, it can be used on the title screen to load a save.
SPEED: Change the game speed.
GAME: Does absolutely nothing.

The gameplay is horrible.
When you attack, defend mode or not, you can't see your sword, so you don't know
if you are attacking or not! Oh, and you can beat the game in 30 minutes, if you
know where to look. If you stab trees, you get bees or fairies. Mostly bees.
Oh, and because the LOAD option doesn't actually work, you have to save ALOT.
And caves. Caves are dark until you get the lantern. To get the lantern you have to
find the Cross, to kill the vampire. The vampire has to be hit from the back. Then,
in the chest is the lantern. If you have no lantern, and you go in a cave, the game kills
you. Once you find the fairies, (Oh, you don't have to go in any caves at all!), you go into a
castle that goes into a river which takes you to two wizards, that you have to kill in one shot
by using magic, WHICH IS NEARLY IMPOSSIBLE!!!!
Then you are taken to a castle where you go inside, do some stuff, go back outside, kill a
dragon, burn a bush, go in the hole that was under the bush, kill another dragon, and boom.
Done. Many passwords and chidren's time wasted. 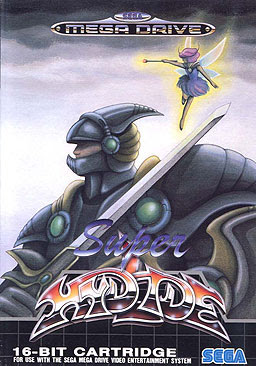 Hydlide 2. Must be better, if T&E Software learned from their mistakes, right?

NOPE. NOT AT ALL.

This game introduces lots of new mechanics, like money, hunger, sleepiness, and weight.
Cool, right? No. Let me go over these:

Money helps you buy weapons, food, and armor. You get money as drops from enemies. But, money has weight. You'll see why that's bad.

Hunger is a new mechanic, this is what it is, if you don't buy food, you get hungry. If you
get too hungry, then you get hurt. I wonder what other game has this mechanic...

Oh, food has weight too.

If you get too tired, you die.

Oh boy!
Everything in Super Hydlide has weight. Swords, Armor, Food, you name it! It weighs Jim down.
If you buy/get something too heavy for your level, Jim slows down, and his attack is lowered.

GOOD WEAPONS = MORE OF A CHANCE TO DIE

This game has the same controls as Hydlide I, just modified for the Genesis.
Also, if you don't get all the major items from a town/castle, you can't go back in.
You have to restart your game... How fun!

Virtual Hydlide. The last game in the series...
I don't have a lot to say...
There's the nausea-inducing graphics: 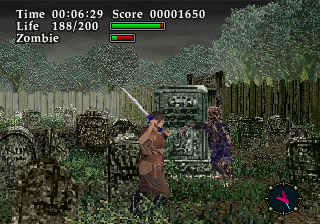 The vomit color scheme,
and the stupidest thing ever:
RANDOMLY GENERATING MAPS.
It sounds cool, but trust me. The only thing that changes, is trees, and rocks.
All dungeons, chests, etc. are in the same spot.
It's not fun.
Same controls, there's still weight, money, hunger, blah, blah, blah...
---
That is why I hate Hydlide.

we feel the information Hydlide: Why I Hate It that's all.

hopefully the information Hydlide: Why I Hate It that we have conveyed can provide benefits for you and all visitors of this blog, if any criticism and suggestions please comment.
you just read Hydlide: Why I Hate It if this article is considered useful and you want to bookmark and share it please use the link https://stephaniefulke.blogspot.com/2014/11/hydlide-why-i-hate-it.html and what if you want other information look for another page in this blog.

Related : Hydlide: Why I Hate It