Whoa!!!! what a shocking news that is. Another news of suicide from the Nepali film industry. In an apparent case of suicide, famed music video and movie director Alok Nembang is found dead at his apartment, on Thursday night. According to Police, Alok is found dead in hanged condition in his own residence at Grande Villa, Tokha road. He had directed popular movies like "Sano Sansar" (starring Namrata shrestha, Karma, Vinay) and "Kohi Mero" (starring Jharana Bajracharya, Aryan Sigdel). His latest "Ajhai pani" is in the pipeline for release later this year. He had directed several music videos, some of my favorites are "Lakhau Patak (his first music video)","K ma timro sathi banna sakchu", "Kasko Ankha lagyo", "Kina Malai", "San Nani Timilai", "Sarkari Jagir", His first media career started as a VJ on Image Channel (even from Am television in NTV). He worked for numerous music videos in parallel with the television hosting. After quitting VJ's job, He started directing movies that put him to fame with his debut movie "Sano Sansar". 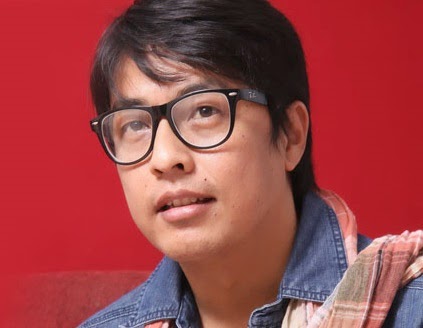 The reason behind the suicide is not yet known, which is a matter of investigation from Police and will be out some time later. Nepali film industry had witnessed several cases of such suicide from actors (female actors in general) and this being the latest from a prominent youth director who has much time to give us good cinemas. This is an another loss for the growing Nepali film industry. Let the departed soul rest in peace and let there be no other such bad news from our cinema industry.
I happen to meet him once during the premiere of his movie "Sano Sansar". He was so down to earth that he shared his "less wordy" thoughts and we agreed on the positive impact of this sort of movies for the future growth of Nepali film industry, even on such a short meet. In my view, Bhusan Dahal's Kagbeni and Alok's Sano Sansar had aligned the path for New Nepali movies and generated big hope for the film enthusiasts. Now that we are in a position to be proud for our movies, still we have a long way to go. Alok Nembang will definitely be missed in this mission to align more youths for our own movies.

we feel the information Alok Nembang is dead.... seems like a Suicide. that's all.

Related : Alok Nembang is dead.... seems like a Suicide.